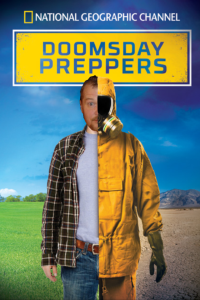 We are about three weeks away from another end of the world prediction. Coincidentally, or maybe subconsciously not, I have been watching a veritable cornucopia of Doomsday Preppers. If you aren’t clued into all the hip stuff the kids are down with these days, let me school you, sucka.
Doomsday Preppers is a show on the National Geographic Channel, or Nat Geo as they say on the streets. It’s a show that explores the lives of people who are preparing for different catastrophes. From tornadoes, to nuclear war, to economic collapse, solar flares, meteor strikes, NHL lockouts, or whatever. These people plan to be ready when the proverbial shit goes down. Which seems pretty smart when you watch it on tv. So I want to be ready too, and I am also willing to help you get ready for the end of days. Hey, I don’t want to lose you, buddy. We’ve come to far to give up now. Plus you still owe me that back rub and I plan on collecting.

What You Need To Know To Not Die