Tell A Bully That They Suck, And Show Them You Don’t Give A Fuck

Bullying is a hot topic in today’s world. No, not the Hot Topic at the mall where you buy all your body glitter and nose rings, you slut. I mean a hot topic as in a widely discussed issue. 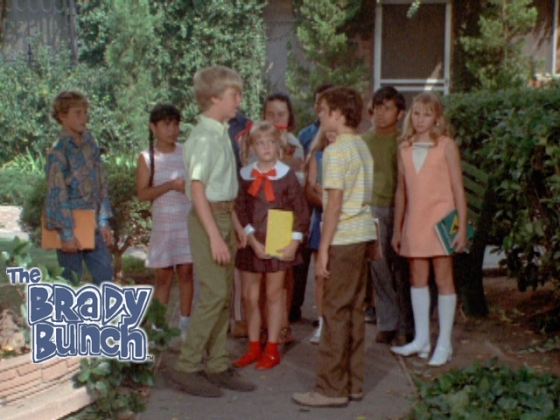 Face it, kids are mean. Not necessarily on purpose, but mean is mean regardless of intent. They’re even meaner when they come in packs, like wolves or cigarettes. Back in simpler times bullies just did their dickhead thing at school and then went back to their shitty homes where they were probably bullied by their shitty parents. It’s a vicious cycle.

In the Internet age, it seems like its harder and harder to get away from these assholes. With the advent of social networking, or anti-social networking as it were, the bullying can follow you home. I feel bad for the kids that have to deal with that nonsense non-stop. Almost everyday you hear something in the news about some poor kid taking their own life because they couldn’t stand it anymore. The name calling, whispering and physical abuse. That’s fucking unacceptable. When you’re a teenager every decision or action seems like life or death. What you wear, who your friends are, what kind of car your parents drive, etc. As you get older, you realize that it doesn’t matter what any of those twatsicles think. What that goofy fuckstick in 8th grade thinks of you will have no consequence on your life. None! Chances are you won’t even remember their name.But at the time it seems like it’s the only thing that matters. Every day is spent dealing with someone else’s shitty outlook on life. And that really sucks.

If I had my way every bully would be held down and taunted about their stupid haircut or ill-fitting attire, or their pug ugly mugs and woefully unkempt unibrows . I would vociferously pontificate on their shitty test scores and barely functional illiteracy. I would wax poetic on their inevitable future full of low paying jobs and failed marriages, all wrapped in a foggy shroud of alcoholism and drug addiction until they cried and maybe peed their pants. I would ask them why they were hitting themselves. Then I would take their lunch money and give them a wedgie. Yes, I see the irony, Alanis.

One of the most effective ways of dealing with a bully, besides cold-cocking them in the snot locker, is through laughter. Although it can be hard to take the abuse with a smile on your face, nothing shuts a bully up quicker than showing them what they think doesn’t matter to you. Besides the aforementioned haymaker to the proboscis. The ability to laugh at yourself is maybe the single most important skill you can possess to combat a bully. Besides a scary big brother, or a sweet pair of nunchucks or throwing stars.

I grew up in an “affluent” town, but we weren’t wealthy by any stretch of the imagination. My mother died when I was 11, and my father turned to drinking to cope with it. Money was tight and new, hip clothes didn’t exist in my world. It was mostly K-Mart and second-hand clothes. I used the old make fun of myself before you can do it routine, and it worked. But by not caring, or not showing that I cared, I was able to deflect criticisms aimed at me. At least in public. It still bothered me, but what fun is it laughing at someone who laughs at themselves?

Besides, I made some really sweet nunchucks out of a mop handle and some chain.

Always have a backup plan, fuckers.