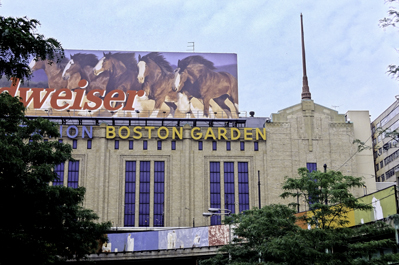 The House That God Built

When I was eleven years old I found out professional wrestling was fake. It was very upsetting to me, especially being raised Catholic. I had invested untold countless hours in both verbally and physically defending the honor of these fakers, which made me a worshipper of false idols. Which made God angry, and we all know an angry God is a vengeful God. Shortly thereafter my mother died from cancer and I was left a half-orphan.

I’m just kidding guys, my mother died from cancer before this happened. You should have seen your face though…priceless.

I immediately severed any and all ties with this satanic cult, whilst also donating a healthy weekly tithing to the church. I assume that money went to feed the poor and not to pay for that matching jewel-encrusted solid gold toilet and bidet set that was installed in the popes master bathroom. A kings gotta have his thrones, am I right lowly peasants? Why is it that Jesus was born poor in a manger and to honor him the pope lives extravagantly in a city of gold? You want to feed the poor and help the needy? How about having a fucking yard sale?

Boston, Massachusetts – March 6th, 1982
Interior shot: The hallowed ground of one of the most beloved buildings in the world, Boston Garden.

My uncle Dan McMorrow  has worked as an usher at the Garden since 1957, still does to this day at the TD Garden (They call it that, but it’s not the Gahhhhden). One night he brought my brother Mike and I to the Garden to see the WWF wrestling matches. I was pretty pumped and jacked because we went in with Uncle Dan and he had to be there 2 or 3 hours before the doors opened. So we just walked around Boston Garden for a couple of hours by ourselves. That wouldn’t happen today.  Two boys, the younger nine, the older one eleven and far more handsome and mature than a silly nine-year old, walking around by themselves with no parental supervision in a sports arena. They would either be abducted and molested by a pedophile in a bathroom stall, or they would be accused of trying to blow up the building or trying to steal shit and then they would be abducted and molested by a security guard in a security office. Either way someones getting loved. But not back then. I mean not in this story, at least.

While walking around the building we saw Adrian Adonis, one of the big villains or “heels” of the day. He was sitting inside the arena, talking to a female lady person with boobs and probably a vagina. I don’t know, I’m not a doctor… My brother and I walked up and introduced ourselves and shook his hand. He was extremely polite  and as we were leaving my brother said, “Bye Mr. Adonis, hope you do good”. When we got further away I yelled, “But not as good as Bob Backlund!”, and we ran away screaming and laughing like donkeys down the hallway. I was positive he was going to chase us. But he didn’t. Pussy.

So during the matches we were sitting in the balcony watching the “Unpredictable” Johnny Rodz  fighting Baron Mikel Scicluna from the Isle of Malta. Johnny Rodz throws a punch that clearly does not connect. The Baron stumbles backward. Rodz throws another “haymaker” that misses by two feet. The Baron falls down. I couldn’t believe it. I’d heard the rumors of it being “staged” or “set up” or “total fucking bullshit”, but I thought that was just normal jive talk that all growing boys participated in over pouches of Big League Chew and cans of Mello-Yello. But now I  knew it was true, having seen it with my own brilliantly blue eyes. I was seriously bummed out. I believe traumatized is the clinical term.

A little while afterwards Cyndi Lauper released the video for Goonies R Good Enough and a whole bunch of wrestlers were in it. As well as the Goonies themselves.

I quit watching wrestling immediately after seeing this.