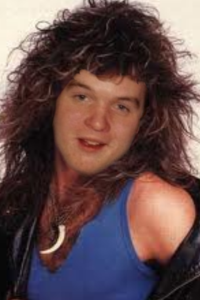 This is a tale of betrayal. It’s sordid and vulgar and probably long-winded and maybe hard to read. But it’s a story that must be told. It must be recorded in the annals of time, so that it may be studied and learned from. As the old saying goes, “Those who don’t learn from history are doomed to get an F on the final exam and that counts for like 50% of your grade and then you won’t get into a good college and you’ll wind up working some shitty minimum wage job that you have to supplement by walking the streets at night giving handjobs for ham sandwiches”. Which is ridiculous, because ham isn’t THAT expensive. The trick is to buy the domestic ham. Stop living it up with these fancy imported hams that you crave so much that you’re willing to degrade yourself for it with anonymous strangers on the street. Why don’t you start charging money for all these hundreds of handies you’re giving out, like any self-respecting whore would? Then maybe you could get that steak and cheese sub you’ve had your one good eye on all this time. Maybe even get the eye fixed..

I was a beautiful younger boy with glorious long flowing locks and a faded jean jacket. I was banging my head, and metal health was driving me mad. I would go to all the concerts I could. Bon Jovi was one of the biggest bands in the world at the time. They had just released Slippery When Wet and were riding a wave of popularity not experienced by humans since Jesus Christ. Or maybe Menudo. They had women offering to have sex on them, and clean their apartments for them. Whenever they would go out somewhere people would just come up to them and say hi and stuff. They probably never paid for dry cleaning, ever. Just go in and take a picture and sign it. That’s it.”Here’s your garments, Mr Bon Jovi. Thank you for your patronage.” Cha-Ching! That’s a substantial amount of savings when your wardrobe consists of nothing but spandex and Poly-Lycra blends.

Tickets went on sale for Bon Jovi at either the Worcester Centrum (now the DCU Center) or the Providence Civic Center (now the Dunkin’ Donuts Center, or “The Dunk”….Seriously). I don’t remember which, and I’m sure they played both. But that’s not germane to the story. A group of us decided to get tickets for the show, so we formulated a plan. This was back in the days when you either had to show up in person to a Ticketmaster or you had to call them on the phone. I’m pretty sure Ticketmaster only had one phone that some old lady answered. It was probably Ticketmaster’s grandmother. I remember she used to live at their house after Ticketmaster’s grandfather died. He was sick for a long time and he’s better off not suffering, but Ticketmaster was devastated by his death and has never been the same. Now he’s all about “convenience fees”. How can you charge me a convenience fee to sell me tickets when that’s your business. It’s in your fucking name. It’s what you fucking do. Listen, if I come to Ticketmaster and ask you to change my oil or check my prostate, by all means charge me a convenience fee. Because that’s not what you do. But if I come to Ticketmaster and buy tickets, just sell me the tickets and stop being a dick about it. Anyways it was almost always impossible to get tickets by phone due to the fact that Nana Masters was partially deaf because of the war. One of them, I forget which one. Maybe the Falkland Islands thingy?

So we went and camped out overnight for tickets at the South Shore Plaza in Braintree, Massachusetts. Outside Sears & Roebuck (before their messy divorce) on the third floor of the parking garage. Tickets went on sale at 9 in the morning, but word comin’ down the wisecracker line was that they would hand out wristbands at 7 AM, securing a spot in line, but not actually guaranteeing tickets. We arrived at the plaza at around 1AM or so and there were about 10 people already waiting in line, swapping spit and swearing, as teenagers have done through all of time. We might have smoked some pot out of homemade pipe fashioned out of my asthma inhaler and some aluminum foil, or we might not have. But we totally did. Then we got in line.

For a very long time. Well, a very long time for a 15-year-old boy who gets tired like any boy does. As the night progressed more people kept showing up. It got pretty crowded towards dawns early light, but I was comforted by the knowledge that I had recently seen Karate Kid II a couple of times and felt that I would be able to handle any rough housing that came my way. Plus I’m really good at faking a seizure. Nobody wants to come near you when you’re having a seizure. It’s important to have a Plan B.

Finally the awaited hour of 7 AM arrived, and nothing happened. By this point there had to be over a million people outside waiting. Or maybe a hundred. I always mix up those two amounts. It makes it fun at tax time. At about 7:30 AM the door was unlocked and the dude with the coveted wristbands came out. He then walked to the back of the line and started handing out the wristbands. “What the fuck is this shit you fuckin stupid piece of shit motherfucker?” We all chanted in unison. It was an awkward chant, we could have done better. If we had time to work on the song structure and maybe choreograph some dance moves. But this was spur of the moment. This dude was trying to deny us our right to rock. We weren’t gonna take it anymore. Didn’t he listen to the radio at all? There were angry shouts from the crowd and delicate sensibilities were offended. One guy said something about calling his older brother. The douchebag beat feet back into the sanctity of the store and some other guy came out and handed out the wristbands, at the front of the line.

I wound up getting 4 tickets and the next guy behind me got the ol’ “Sorry, Sold Out” rigmarole. But I still bear the scars of that wristband trauma to this very day. Mostly when I hear Bon Jovi or go to Sears.

Or fake a seizure.