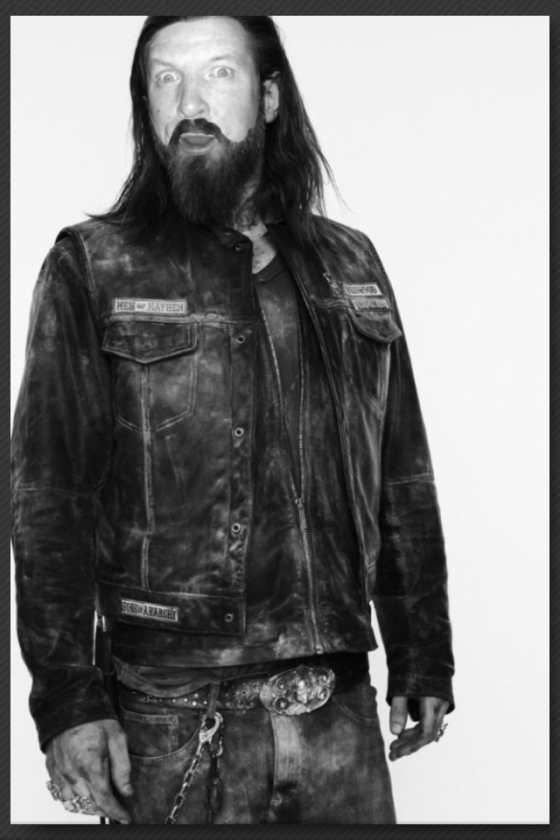 Opie lives in all of us. Amen.

Watching Sons of Anarchy makes me want to start my own motorcycle gang. Unfortunately, I don’t ride a motorcycle. I do have a car, but you never hear about car gangs. I think a car gang would be scarier than a motorcycle gang, simply based on a car being bigger than a motorcycle. That seems like common sense. But when I ask people to join my car gang, they just laugh and point at me and call me a loser, then they go and start their own car gang. They have cars with Blaupunkt stereos and fuzzy dice hanging off the mirror. Also, they have way cooler jackets than me. I knew I should have sprung for pleather. It’s a timeless fabric.

But if I did ride a motorcycle, I would totally start a gang. We would probably be one of the toughest gangs in the world. I haven’t seen the final list of who makes the cut, but suffice it to say, we would be extremely muscley, yet limber. We would obviously have a really cool theme song that was easily recognizable in all the toughest parts of town. Probably some a capella, three-part harmonies, a ton of finger snapping and a whole lot of whistling. Nothing says,”Hey sucker, this is our turf, you best get to steppin’ if you don’t want to find yourself on the wrong side of a good ol’ Donnybrook”, like muscley gentleman singing in unison. Plus all that whistling is a very effective deterrent to a drive-by shooting. I think it has to do with the sound waves messing up GPS signals or something scientific like that.

When people begged to join my gang, at first I’d say, “I’m terribly sorry, we are not currently accepting any new members, or pledges, as we call them in the motorcycle gang business. Perhaps next semester.” This will make my gang seem very hip and exclusive. That’s how it starts. People will start to talk amongst themselves in the coffee shops, hardware stores, and disco roller rinks. They’ll say, ” Hey, what can I do to make myself more attractive to this gang, get them to like me and take me into their confidence? Should I make some brownies or something?” There would eventually be a buzz around town. That’s when I let it slip that we might be looking for one or two more tough guys to join our organization. I’d tell prospective hooligans that they could fill out an application at our clubhouse, but that they most likely won’t get in. This would make sure that only people who really wanted to join the gang would apply. No posers allowed. Unless they’re like, world-class, championship caliber posers. Then it would behoove us to accept them. We want the best of the best. It’s kind of what we’re all about.

After filling out an application, The potential pledges would be put through a grueling initiation process. It would include, but not be limited to such things as:

Now if someone makes it through this extensive soul breaking initiation process, they would be welcomed with open arms into my motorcycle gang, The Cinnamon Whistle Sticks.

Cinnamon, because we’re hot and spicy like the sweet nectar of the forbidden cinnamon Pop-Tart that Eve ate in that bible story.

Whistle, of course, after the blood curdling, bone chilling whistling sections of the intro/outro (and maybe the bridge section) of our gang theme song.

Sticks, because those and stones can break your bones.